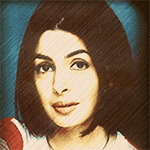 Nawaz trained, taught & got certified in America as a Fitness Professional by ACE (American Council on Exercise) & IDEA (International Dance Exercise Association) in 1991

She founded Body Art, the Fitness Centres in 1992, which included an Aerobic / Cardio Workshop, Gym, Pilates & Gyrotonics Hub, Aqua Aerobics Facility and Spinning/ Indoor Biking Studio & subsequently an Aerial Arts Studio first in South Mumbai, which Nawaz runs along with her team of Fitness Professionals. (More about each facility at the end).

Over the years, Body Art has become more than just another chain of Fitness Centres. From Nutrition Workshops to dance classes, members get an option to come in out of their workouts, find solutions to their health related problems via fitness, engage in holistic mind-body-spiritual-emotional-psychological fitness of sorts. This builds it in to a closer knit community of permanent wellness, optimum fitness & ideal health maintenance.

Nawaz has participated in Fitness Conferences, Workshops & Conventions in America, Australia, the UK & Singapore. The quality of instruction, the variety of the routines, the attention to detail & individualization, the management & facilities all make it a bespoke & very impressive place to be, while the charges continue to be value-for-money.

Nawaz is interviewed regularly on various Radio channels such as Radio Mid-day, Radio One 94.3 FM and Radio City 91.1 FM, where she continues sharing gems on fitness, health and lifestyle related matters.

She's also had Fitness shows on TV on the B4U channel called "Let's Get Physical", & on CNBC on a health show called, "Good Life", which were aired 3-4 times a week.

Nawaz has been associated with various Marathons – Khushi Causathon had an association with Nawaz and had her warm up, motivate & flag off of their runners.

She also had a similar association with the CNBC Investathon.

Nawaz and Body Art partnered with & supported Marathoner Michelle Kakade - as a Lifestyle Expert & Coach - in Michelle's dream run to the Guinness Book of World Records under the banner called, " ¾ the Great Indian Golden Quadrilateral Run" across 14 major metros in India. Michelle started this 6 month run on Oct 21st, 2015 post a grand flag off at the Gateway of India, winning her much prized Guinness Book of World Records in 2016.

Nawaz has been associated with the StanChart Mumbai Marathon (later the Tata Mumbai Marathon) and Procam as a Fitness Expert and Trainer. She engages with the Runners by making presentations on issues such as injury prevention, peak performance, nutrition, strengthening & stretching, core control, proper hydration, stamina, e& so on, while conducting some of their workout sessions, among other related activities.

Nawaz is very fond of kids and is passionate about promoting health and wellness in them - it's her passion that got her doing a reality show for kids on Sony TV. Nawaz was appointed the Indian Idol Junior Fitness & Health Mentor for 2015, where she worked with these highly talented kids from all over India to help bring out their singing fitness, so to speak! She increased their lung capacity, worked on opening out their diaphragms, increasing their stamina & their holding power, made their voice more melodious & corrected their postural deviations (rounded, droopy shoulders) to aid in enhancing their talent. Nawaz included stress management techniques and mental relaxation methodologies into their programme to get them to de-stress.

After the success of Indian Idol 2015, Nawaz did another reality show for Sony TV - Super Dancer 2016. She conducted health and fitness programs for the young finalists on this show.

In 2013 Nawaz was associated with the Lion's Club for an Army event for the Indian Jawans where she was felicitated.

She was the Tata Tetley Green Tea Aloe Vera – Fitness & Lifestyle Ambassador in 2014.

In 2014 Nawaz had an association with the Khwaaish Lifestyle Group, Hyderabad, where she inaugurated their Exhibition and conducted a presentation at the event.

In 2014 Nawaz had an association with Jaro on-line Education, where among other things she was felicitated by them along with Dr.Pasricha.

Nawaz was awarded the "Wellness Icon of the year 2017" by Asia Spa group and has featured on many a cover story including on the cover page of Savvy Magazine, March 2017 issue.

In March 2020 when India went into Covid 19 Lockdown, Nawaz was approached by many media publications & their social media presences for content on how to keep the Cardio-Respiratory System working at optimal levels, keeping immunity high, keeping weight, inches & fat in check, & thereby preventing obesity-related co-morbidities from cropping up, keeping the body toned, keeping bodily aches & pains at bay, mental health via the release of “happy” or “feel-good” hormones which is a natural effect of exercise, immune building foods & easy recipes, & more. Nawaz provided such content for Savvy, Stardust, Hello, TOI, ET, India Today, Global Spa Magazine & Health & Nutrition, amongst others.

In May 2020, Nawaz was appointed Jury Member of the Times Show Entrepreneur’s Award 2020 pan India for all the major Metros; this is a Times of India initiative.

Nawaz is Certified in the Foundation Nutrition Courses & the Weight Management Programmes from ESA, the Exercise Science Academy. She is also a Law Graduate, who studied at the Government Law College in Mumbai. She is additionally a talented Artist, primarily working with oils, acrylics and charcoals on canvas. In 2008 Bollywood Actress Raveena Tandon unveiled Nawaz's first Solo Art Show in Mumbai titled "Body Art", where human anatomy, form, dance, grace, colour, speed & the notion of movement adorned her canvases, delighting, captivating & wowing her audience. Since then she's held multiple Solo Art Shows primarily in Mumbai & Delhi.

Nawaz is also a Director on the Board of India's leading textile giant, Raymond Limited and some of the group subsidiary companies.

What Workouts are available?

Below are some of the Cross Training Programmes that the Workshop conducts. Some are done in regular rotation, while others, you get a choice about in advance. 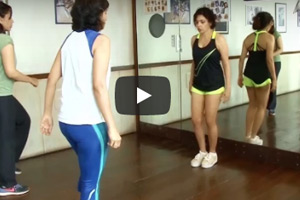 A choreographed cardio routine structured around a step. 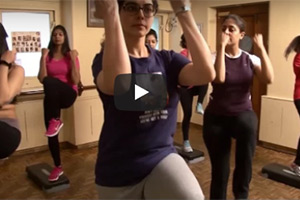 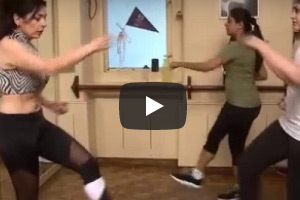 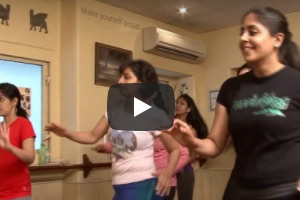 Zumba was created by Columbian dancer / choreographer Alberto Beto in the 1990s. A blend of Latin American Dance forms such as Salsa, Merengue, Mambo, Samba, Hip hop & Samba, integrate with Aerobic moves to make for a super- fun Cardio class when you also learn how to dance!. 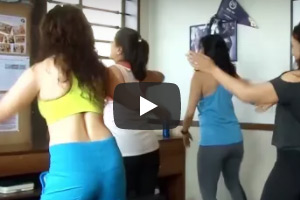 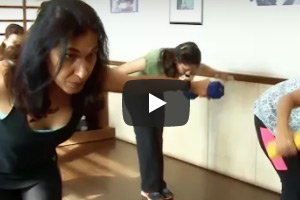 A low impact routine using weights to burn fat & inches all over & to tone the upper body. 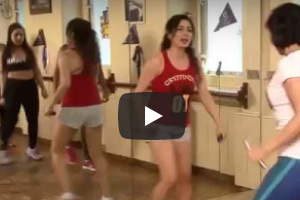 Working on all body parts, mainly the mid-section, using just a mat. 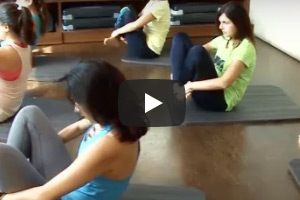 Working with a partner to tighten & tone up any & all muscle groups. 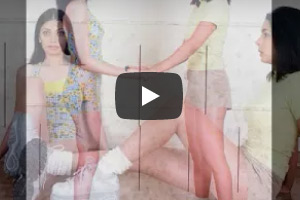 Floor exercises to firm up, cut back on inches, increase strength & muscular endurance. 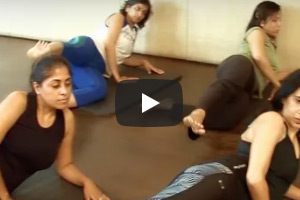 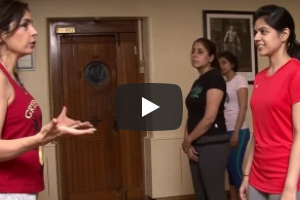 Using a mini trampoline, this fun cardio class has one bounce & bob their way to a slimmer, more toned body. 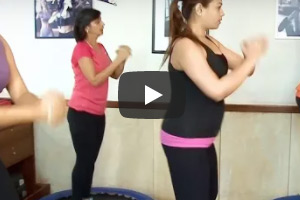 Using a stationary indoor bike, choreography set to music has one spinning & grinning away through the class! 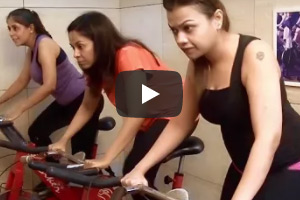 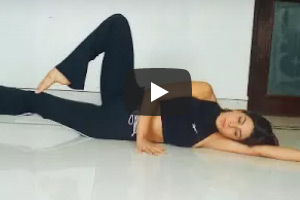 Using a flat apparatus with a sliding surface & stoppers of sorts on each end, one works by sliding from side to side, with choreography, through this cardio session. 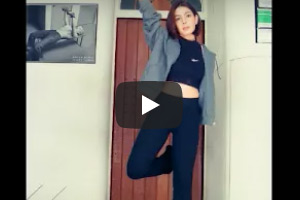 Using large air-filled balls, the curvature of the ball allowing for greater dimensions of use, every single body part can be targeted during this class. 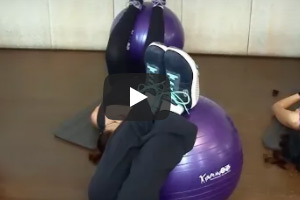 This anti-aging facial exercise workshop can get you to slow down & even reverse signs of aging such as lines, wrinkles, crows feet, laugh lines, a double chin, jowls, droopy eyelids, etc. 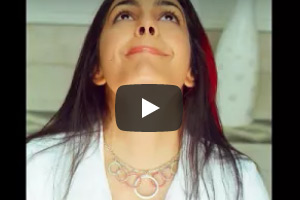 A large number of both cardio & toning circuit stations (having a variety of equipments) are placed around the room, & participants have a go at each one in a predetermined fashion. 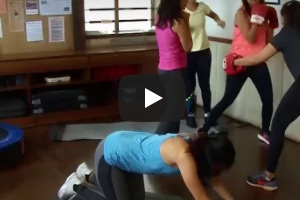 Functionally Fit?? E.g. are you able to sit on the floor & stand back up with ease? Able to climb up a flight of stairs without panting away? Able to get in & out of a low sports car comfortably? - Become very Functionally Fit through your workouts with us at Body Art. 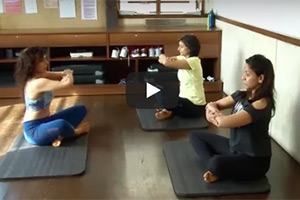 Using nothing but a chair, all body parts can be worked upon through some simple exercises. 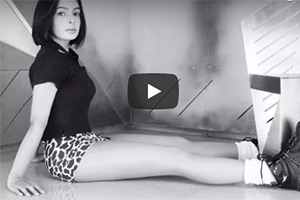 There are many means of managing stress. Introspection, self-management, time-management, breath control, exercises, dissection, imagery, positivity, a healthier lifestyle, are just some of the approaches that will be addressed. 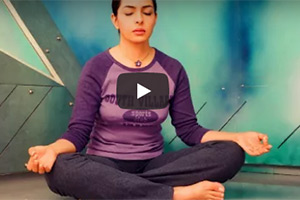 Though greatly beneficial for all, members with any of the following health conditions or special requirements will find Personal Training of particular value to them.
Back problems | Pregnancy | Diabetes | Asthma, emphysema and bronchitis | Arthritis | Osteoporosis | Knee problems | Postural deviations | High blood pressure | Those training for a particular sport/ competition

Water provides natural resistance – the harder or faster you try to move or push through it, the more it will resist you. As 90 per cent of your body is supported by water, there is a negligible injury risk because there is little stress on joints and ligaments. It's a great activity even for those who can't swim! Water exercise is probably the best choice for those who are overweight and out of shape. It's a great choice for those who have arthritis, knee or lower-back problems as well as the pregnant exerciser. It's ideal for the older exerciser. As water is gentle on the body, it's used for injury rehabilitation. Denser stronger bone, improvement of health conditions such as blood pressure, asthma & diabetes are some other benefits. And most importantly, it's such a fun workout!

Spinning is an intense aerobic/ cardio activity involving a room full of people on stationary indoor bikes working out to choreography & music.

Aerial Arts Training has been inspired by many, including Joseph H. Pilates of the Pilates Method, Juliu Hovarth of Gyrotonics, Anti - Gravity founder Christopher Harrison, a former Gymnast and Broadway Choreographer, and many others. The method involves performing a series of exercises inspired by aerial acrobatics, Pilates, Gyrotonics, Yoga and Suspension Fitness in a hammock - like apparatus, in order to achieve a total body workout.
The term Aerial Arts refers to 360 degrees training that uses a system which allows participants to work against their own body weight. TRX Suspension Fitness included in Body Art’s Aerial Arts Studio adds yet another dimension to this genre of training.

Benefits Of Aerial Arts Training includes a slim, toned body, strengthening and increased mobility and flexibility. Complete mental relaxation and a flat, toned core, improved circulation, increased proprioceptive awareness, improved eyesight and hearing, improved balance and control and a strong, healthy back are amongst the many benefits this fabulous workout offers. It’s about integrated mind-body-spirit wholeness.

What are the Facilities provided?

A Hole in the Wall

Check out the accessories available with Body Art - Click here

These are open to all our members and their guests. Some of the topics included are:

This is a service for all our new Workshop members where the instructor briefs you on what's going on, what the different workouts we offer are all about, what some of the basic moves of these workouts are, how to learn them & perform them correctly, etc.

Strengthens and relaxes the back.

Reduces the need for Insulin.

Regardless of your goals, health limitations, age and fitness level, they will work out an individual programme for you & guide you through all your workouts. They will change & modify your programme, including a large variety of exercises & different routines at regular intervals.

Being a part of an integral team, regardless of your trainer possibly changing from time to time, you will never feel the difference in your workouts.

Unlike most other charities. we have no paid workers & through the generosity of patrons & sponsors have no overheads like rent, etc. We thus ensure that the full benefit of every Rupee which is given to the Y.C.Z.A. Educational & Charitable Fund goes directly for charity & is not used up in overheads & administrative expenses.

Since 1952 the Y.C.Z.A. has had a record of several thousand members now spread all over India and the world.

To get more information and Enroll: